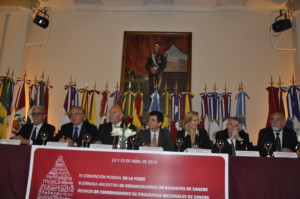 General Assembly and New Executive Board

On April 22nd– 24th, 2014, in Buenos Aires (Argentine) it took place a convention whose main activities were:

It was organized by the Argentine Health Ministry in cooperation with the IFBDO and the PAHO.

The objectives of this activities were:

–        Define strategies that could support blood donation programs in the governmental agenda;

–        Define complementary activities among different countries and/or sectors whose synergy could make it possible to reach new social improvements.