May 27th, Dallas (Texas): the President of the Blood Donors Association of America welcomed the IFBDO President, Mr. Gian Franco Massaro.
On the 28ththe Blood Donors of America (BDA) and the Society of American Nepalese Nurses (SANN), two organization that constantly work together, organized the “First Joint Convention”.
The President, Lila B. Karki, during his intervention highlighted that the Association is present in 50 countries of the USA. That contributed saving more than three million human lives. Then, on the 29th, they organized a mega blood collection: there were 250 donors giving blood. It was a new record compared to last year numbers, when they registered only 150 units in one day.
The IFBDO President congratulated the directors of the association for their commitment and for their strength in voluntary and non-remunerated blood donation diffusion in the USA. 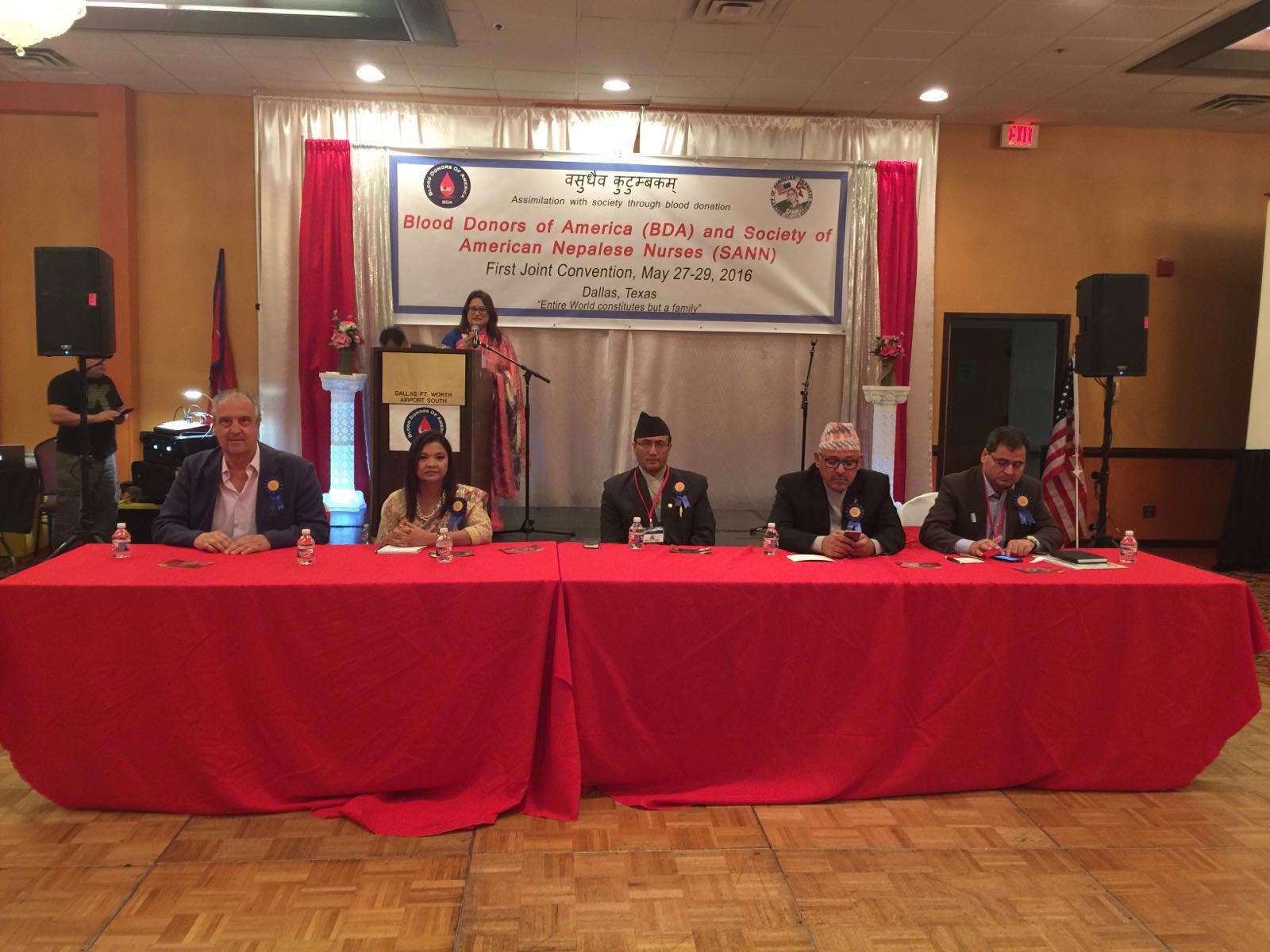