When we receive your donation we separate it into individual components by spinning it in a machine called a centrifuge.

The individual components are red cells, white cells, platelets and plasma. These can all be put to different uses.

Red cell transfusions are used to replace heavy blood loss (e.g. trauma, surgery, childbirth) or to correct severe anaemia when the bone marrow is not producing enough red cells (e.g. chemotherapy, leukaemia and thalassaemia). Anaemia is when your haemoglobin levels are lower than normal.

Red cells are filtered to remove the white blood cells and have a 35 day shelf life. Very rare blood groups can be frozen to be used at a later date, but this is not done commonly as it is an expensive and time-consuming process. 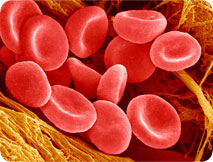 White blood cells fight infection and are part of the body’s defence system.

White cell transfusions can be given to patients suffering from life-threatening infections whose normal defence mechanisms don’t seem to be responding to antibiotics. 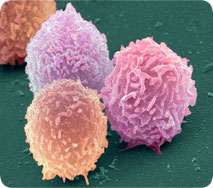 These tiny fragments of cells are crucial in helping your blood to clot. If your platelet level is very low then you may suffer a lot from bruising and bleeding. 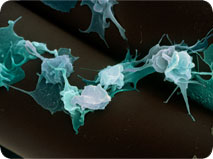 Everybody thinks that blood is red but the truth is that it’s only the red blood cells that make it appear that way. Take them away (and the other cellular components) and you’re left with plasma, a yellow coloured fluid that carries all blood cells. We process this to extract other products such as:

These are protective antibodies, generated by your white blood cells, which form when you’re recovering from an infection or have received some immunisation. These antibodies, once formed, protect you against future attack of the infection.

For example, donors who have had chicken pox will have high levels of chicken pox antibodies. So their plasma will be ideal for children with leukaemia who have been exposed to chicken pox, and also to prevent any potentially life-threatening diseases.

And then there’s the anti-D immunoglobulin which is given to pregnant women.

If an RhD negative woman is pregnant with an RhD positive baby, some of her baby’s blood may enter her system during birth. This may cause the mother to produce anti-D (or anti-RhD) antibodies. And if her next baby happens to be RhD positive, the mother’s anti-D antibodies will attack her baby’s red blood cells. This can be neutralised by giving her an anti-D immunoglobulin injection straight after the birth of her first baby.